The film, directed by Oscar-winner Louis Psihoyos, follows the former UFC fighter as he recovers from his injury. It also explores the misconception that meat is needed for strength and muscle-building.

Pro cyclist Dotsie Bausch, who is also featured in “Game Changers,” went vegan in 2009. Although she ditched meat and dairy in order to be a better advocate for animals, her dietary switch may have helped to increase her athletic performance. Bausch went on to win a silver medal at the 2012 Olympics.

The plant-based Olympian hosts The Switch4Good Podcast with Baywatch actress and certified health coach Alexandra Paul. In an interview with Forks Over Knives, Bausch explained why she started the podcast. “Society mistakenly believes that you need milk from another species to grow big and get strong, and some of us athletes who know how wrong this message is wanted to educate people about the dangers of dairy,” she said.

Six-time Formula One champion and vegan Lewis Hamilton is a vocal supporter of animal rights. The British racer ditched meat and dairy in 2017 after watching the vegan documentary “What the Health.”

“Going to watch ‘What The Health’ tonight. I’m on a mission to go vegan, people,” he wrote on Snapchat in September 2017. He added he wasn’t just interested in going plant-based for his own health. “Animal cruelty, global warming, and our personal health is at stake,” he explained.

Vegan surfer Tia Blanco has an extensive collection of victories to her name. In 2016, she became the first surfer to win back-to-back gold medals post-1996. The plant-based athlete scored her first gold medal in 2015, followed by her second the following year.

Blanco just celebrated her “veganniversary.” She wrote on Instagram: “Officially seven years vegan and I’m loving this lifestyle now, more than ever before.”

Vegan ultrarunner Scott Jurek is proof you don’t need to consume animal products in order to be at the top of your game.

Jurek told No Meat Athlete that going vegan has greatly improved his body composition. He said: “A lot of people assume that one needs to eat animal products to gain a lot of muscle mass or sufficient muscle mass for even power sports, and that’s definitely been proved false time and time again.”

Canadian figure skater Meagan Duhamel three Olympic medals to her name. She transitioned to a vegan diet in 2008 after reading the diet book “Skinny Bitch.”

Duhamel said she experienced increased energy levels and clear skin after removing meat and dairy from her diet. “It’s simply healthier. Vegans eat more fiber, fruits and vegetables, therefore getting more vitamins and minerals into their bodies. Vegans also don’t eat saturated fat and their protein comes from clean sources, free of antibiotics and chemicals,” she wrote on her blog, Lutz of Greens.

Outpacing her competitors while powered by plants, Fiona Oakes is a world record marathon runner and subject of the 2018 sports documentary “Running for Good.” The film follows Oakes on her mission to set a new world record in endurance racing, despite losing a kneecap from an illness when she was 17.

The runner went vegan at the age of six. ”I didn’t realize the personal health benefits of being vegan, the positive impact on the planet, and the injustice of the unfair distribution of resources to other humans by feeding their grain to animals. I just didn’t want to be party to the harming of these beautiful creatures,” she said on an episode of Switch4Good.

“There’s a huge misconception that (a) [going vegan is] going to be incredibly time-consuming, or (b) that it’s going to be more expensive than eating traditionally. That has not been my experience,” he told the publication.

In an interview with NBA Countdown, Irvina revealed he has “been on more of a plant-based diet, getting away from the animals and all that.” He said: “I had to get away from that,” he said. “So my energy is up. My body feels amazing.”

Activist and athlete Colin Kaepernick regularly speaks out against racial injustices. The professional football player made headlines after kneeling to protest police brutality during the U.S. national anthem.

Kaepernick made the connection between human suffering and animal suffering. A few years ago, he went vegan after realizing he couldn’t support any forms of oppression, whether that be to humans or non-humans.

Olympic weightlifter Kendrick Farris is proving you don’t need meat to succeed. Farris was the only weightlifting athlete to represent the U.S. in the 2016 Summer Olympics. He previously competed in the 2012 London Olympics and the 2008 Summer Olympics in Beijing.

A vegan since 2014, Farris told Men’s Fitness his plant-based diet has made him stronger, leaner, and has improved his focus. “Now, my body recovers a lot faster. I feel lighter. My mind is a lot more clear,” he revealed.

Australian sprinter Morgan Mitchell is fueled by plants. The Melbourne native became an Olympian in 2016 at the age of 21.

She vegan in 2014 after watching a documentary about animal cruelty. The “Game Changers” athlete told LIVEKINDLY she’s noticed many health improvements after making the switch, such as improved energy. She said: “I recover a lot quicker than I used to. It’s easier to keep my weight down and I haven’t been sick at all!”

Pro NFL player Derrick Morgan ditched meat and dairy in 2017 after researching ways he could improve his recovery times. “I was looking for a competitive advantage when it came to recovery and ways to lower my overall inflammation,” Morgan told theScore.

The linebacker even inspired his culinary trained wife, Charity Morgan, to go vegan. She’s now a plant-based chef. The duo helped transform the Tennessee Titans’ diet—getting many of the players to stop eating meat and dairy.

Olympic skier Seba Johnson is breaking barriers. She was the first-ever Black female skier to compete at the Olympics. And she was also the youngest alpine ski racer at the 1988 Winter Olympics in Calgary, Canada. She competed at the age of 14.

A vegan since birth, Johnson was raised in a family that abstained from consuming animal products. “Growing up without dairy was the natural thing for me to do,” she told LIVEKINDLY, pointing out that “horrific agony, fear, and suffering,” goes into “every lick of ice cream.”

Retired strongman and former bodybuilder Patrik Baboumian is an ardent advocate of a vegan diet.

After years of being vegetarian, Baboumian went vegan in 2011. “I just found myself thinking that if I would have to kill the animals I ate with my own hands I couldn’t because I was too compassionate,” he revealed in an interview.

She told Reuters she went vegan “because it didn’t feel fair to have a dog [she adores], and yet eat meat all the time.”

Three-time Olympic Gold Medalist and professional soccer player Heather Mitts went vegan three years ago. She made the switch after watching the 2017 plant-based documentary “What the Health.”

After ditching meat and dairy, she said she noticed major improvements in her overall quality of life. “The more I learned about veganism the more I was convinced that it was the right lifestyle to lead. The only regret I have is that I didn’t do it sooner,” she wrote on Instagram.

NBA star and Olympic gold medalist DeAndre Jordan believes in veganism so much that he invested in plant-based meat company Beyond Meat. Last year, the pro baller was spotted at a Dunkin’ Donuts in Manhattan to help promote the launch of the Beyond Sausage Breakfast Sandwich.

During the appearance, Jordan took over Dunkin’ Donuts’ Instagram, writing: “My body is feeling awesome. I’ve never been healthier. I’ve converted a lot of my family and friends over, and slowly but surely they’re converting.”

Plant-powered on the court, professional basketball player Javale McGee went vegan in order to drop weight and reduce stress on his legs.

“You just feel really good, lighter. And there is a lot more energy you have throughout the day,” he told GQ. He added: “I just tried it, and it has been working for me. It’s an adjustment, but it’s really not that big of one once you stop thinking of all the things you won’t be able to eat.” 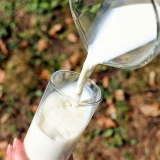 Originally written for Switch4Good Why is chocolate milk so ... 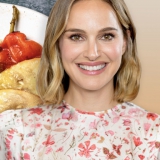 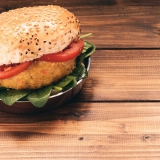 From non-dairy milks and cheese to unchicken to bu ...