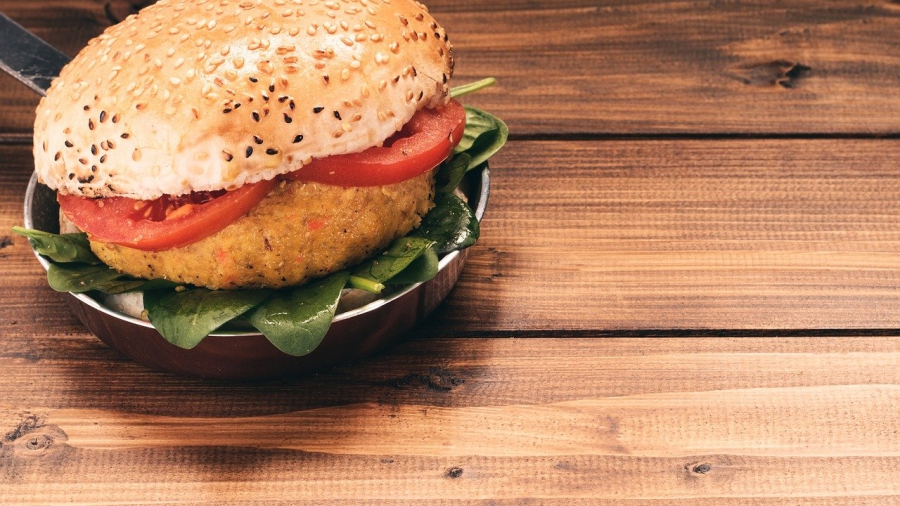 From non-dairy milks and cheese to unchicken to burgers that taste like meat, the food industry is capitalizing on the public’s interest in vegan and plant-based foods. There’s a huge market for processed vegan foods. In July 2019, the U.S. total plant-based market value was estimated to be $4.5 billion.1 The same study found that retail sales of plant-based foods grew 11 percent in the past year. 1 “Plant-based” is often a vague term. In this study, it apparently referred to vegan and vegetarian products although most product categories appear to be vegan.

Vegan or plant-based foods are often promoted as healthy, as “cleaner” than animal -based foods, and as a way of eating a purer diet. Others, however, are calling for avoiding vegan processed foods, saying that they are “Frankenfoods” and that they violate Mother Nature.

Is there a middle ground? Are processed foods the miracle foods that some claim or a sure path to nutritional ruin? Stay with us as we explore these and other issues.

For starters, there is the question of just what is a processed food? The UK’s National Health Service provides this definition2: “A processed food is any food that has been altered in some way during preparation. Food processing can be as basic as freezing, canning, baking, or drying.” The Academy of Nutrition & Dietetics3 echoes and amplifies this definition saying that processed food “includes food that has been cooked, canned, frozen, packaged or changed in nutritional composition with fortifying, preserving or preparing in different ways.” So, anything from cooked dried beans to a veggie burger containing heme produced with genetic engineering to a vegan dessert with 2 dozen ingredients (most unpronounceable) is considered a processed food.

One issue to consider is that heavily processed vegan foods used to be occasional treats. They were expensive, harder to find, and, honestly, some just didn’t taste that good. Thanks to demand, there are so many more vegan processed foods available and many of them skillfully use salt, sugar, and fat to make them highly palatable. Walk into almost any supermarket and you’ll find a selection of heavily processed vegan foods.

This is not necessarily a bad thing. It’s great to have options when you’re looking for a quick meal that tastes like a well-remembered non-vegan convenience food. The problem comes when these foods consistently replace the legumes, whole grains, vegetables, and fruits that are the mainstays of a healthy vegan diet.

While prices have gone down over the past twenty years, heavily processed vegan foods frequently cost more than it would cost to make a similar food at home. Some may feel that the time savings is worth the cost. Others may opt to use less processed foods like canned beans, pre-cut vegetables, and quick-cooking pasta that cost less but still save time.

Food manufacturers have products to sell. They may promote heavily processed foods labeled as “plant-based” or vegan as healthy choices. For instance, the ads may say, “eat freely,” implying that you don’t need to consider the sodium, sugar, calories, or fat in this vegan product. They may make it seem that these foods are what you need to be a healthy vegan. Watch for label phrases like “high protein,” “hearty” or “for meat lovers.” There are plenty of hearty sources of protein and calories for vegans that are minimally processed.

Some heavily processed vegan foods may use new techniques or ingredients. These processes or modifications don’t have a track record of being consumed by humans. Is this a problem? It’s too soon to know for sure. While many new ingredients enter the food stream without incident, others are recognized as being problematic at some point. You may remember Olestra which was marketed as a fat substitute in the 1990s. Once side effects like diarrhea and malabsorption of some vitamins were reported, Olestra’s popularity declined4 and today, it is banned by some countries.

Heavily processed vegan foods have some attractive features. If you don’t know how to cook, have a disability, or don’t have a lot of time or energy, these products often require very little effort – reheat in the microwave or oven or on the stove top. That’s a big advantage for those who don’t have cooking skills or who have limited mobility. Results are predictable – a frozen pizza will taste like a frozen pizza. It’s not like following a recipe where you don’t have the ingredients the recipe calls for or don’t really understand the directions.

For those with limited cooking facilities, perhaps only having access to a microwave, heavily processed foods make it possible to eat a meal that could be better nutritionally than fast food or snack foods that don’t require any cooking.

When you’re traveling, heavily processed foods can make it easy to have a decent meal, especially if you look for products based on whole grains, vegetables, and legumes. You might even find a lower sodium product. Frozen vegan burritos and canned soups have been comforting foods when I’m in a motel room with no easy access to other options.

Some of the ingredients on the long ingredient lists that accompany heavily processed foods may be vitamins and minerals that are added to the foods. Nutrients like vitamin D, vitamin B12, and possibly calcium and iron can be low in vegan diets. Choosing foods fortified with these nutrients is an alternative that some vegans choose in place of using a vitamin-mineral supplement.

For new vegans, processed foods often replace familiar non-vegan foods. Want something cold and sweet? Vegan frozen desserts, while not necessarily healthier than their dairy-based counterparts, can help to ease the transition to a vegan diet. And, if you’re trying not to stand out as a vegan, eating a veggie burger or a sandwich of vegan deli slices can help.

Based on our limited observations, heavily processed vegan foods seem more likely to use organic ingredients than similar animal-based products. 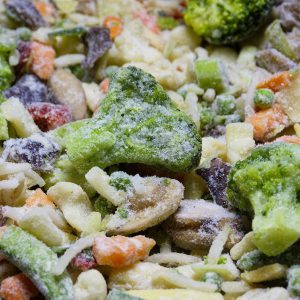 There are several approaches that you might choose when considering whether or not to use heavily processed vegan foods. Each of these has positives and negatives.

Positives: You’ll avoid foods known to be full of sodium, fat, saturated fat, and sugar. It’s likely your food costs will be lower. Potentially you’ll have less packaging to dispose of. Avoiding these foods could be the incentive you need to expand your cooking skills.

Negatives: You may spend more time on food preparation, depending on which foods you choose to replace heavily processed foods.

Positives: You can opt to use heavily processed foods selectively – when you’re in a time crunch or in a situation where there aren’t other options. You’ll become more aware of what you’re eating when you check labels for healthier options.

Negatives: Most of the time you may be spending more time on food preparation, similar to the person who never uses heavily processed foods. You’ll need to do some research to identify better choices.

Positives: You’re likely to spend less time on food preparation while still eating some easy-to-prepare less processed foods. You don’t have to know how or be able to cook.

Depending on your situation, you might move between all these options and that doesn’t mean that you’re doing something wrong. Food choices are driven by many factors and there are many ways to have a healthy vegan diet.

Since our earliest days, The Vegetarian Resource Group has promoted quick-and-easy meals. Many of our books feature simple recipes, relying on basic techniques and unprocessed foods. Our website has a wealth of ideas for simple meals.

Fresh fruits and vegetables can be extremely easy to prepare. Just wash them and take a bite. If you prefer to cook vegetables, you can easily sauté them in a little oil or water or steam them in the microwave.

Canned beans (rinsed to remove some of the sodium they’re processed with) can be seasoned and rolled in a tortilla or mashed with a fork for an easy bean dip.  Potatoes and sweet potatoes can be baked or microwaved and topped with canned beans or nut butter.

Look for processed foods with only a few ingredients – a veggie burger made with grains, mushrooms, and nuts, for example or a frozen entrée featuring brown rice, vegetables, and beans.

There are many companies and restaurants producing healthy whole vegan foods. We hope that people will buy these products and support these establishments. As a consumer, you can let companies and restaurants know when you like their products. Write reviews, send in comments, and share your compliments with them. If you’re concerned about the nutritional quality of a processed vegan food, contact the company and let them know that you would be more likely to purchase the product if it had less sugar, sodium, fat, or saturated fat or had more whole food ingredients.

Ultimately the choice to use, limit, or avoid heavily processed foods is up to you. We have many options available to us. Consider your health, your budget, and other factors, as you decide which foods to purchase.

3 Academy of Nutrition and Dietetics. Processed foods: what’s OK and what to avoid. 2019. https://www.eatright.org/food/nutrition/nutrition-facts-and-food-labels/processed-foods-whats-ok-and-what-to-avoid

4 Center for Science in the Public Interest. Olestra. https://cspinet.org/topics/olestra

Written for The Vegetarian Resource Group