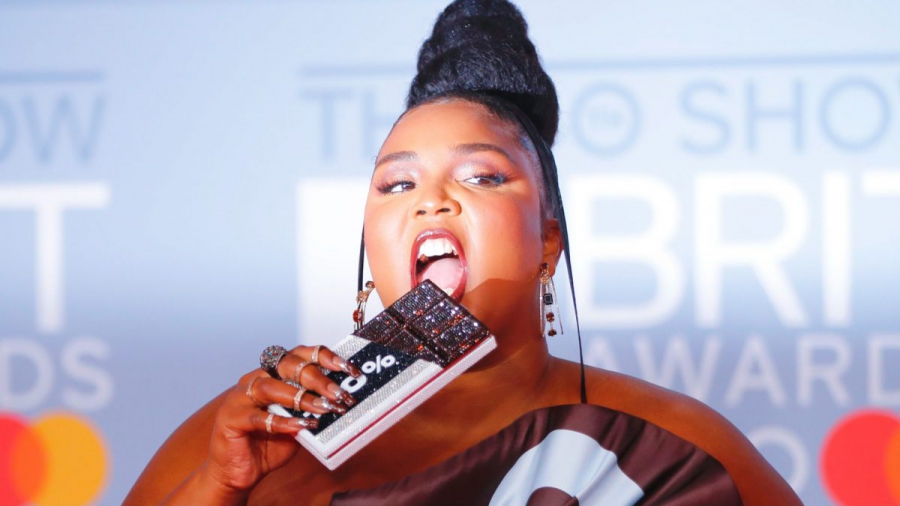 Did your favorite celebrity ditch meat this year?

To say the coronavirus pandemic has transformed the world would be a major understatement. The outbreak has seriously impacted virtually every facet of human existence. But amidst all of the difficulty, there have been some silver linings.  And many of those have to do with Mother Earth.

While humans were stuck in quarantine, nature thrived. Animals took to streets uncongested by traffic, and pollution took a major dip as people stayed indoors to limit the spread of the virus.

There’s also been some good news from the entertainment world. A number of high-profile celebs ditched meat this year and used their respective platforms to speak out in favor of animal rights. And although many movie theaters were closed in the wake of the outbreak, this year featured plenty of noteworthy vegan and animal rights films to stream while staying home.

Here’s a look back at some of this year’s top celebrity and entertainment highlights.

Here is a handful of celebrities that ditched animal products in favor of a plant-based lifestyle this year.

Grammy Award-winning artist Lizzo took to TikTok in June to tell her then-nearly 9 million followers that she is vegan. “As a new vegan, I’m enjoying exploring flavors from plants & plant-based proteins! Every journey is personal & deserves to be celebrated,” she wrote. She regularly shares vegan recipes on TikTok, including this vegan fried chicken and biscuits and these meatless beef and chicken creations.

In October, actor Kat Dennings went plant-based for the planet. She revealed on Instagram that she’d ditched meat and dairy after watching Sir David Attenborough’s new Netflix documentary, A Life On Our Planet. In the film, Attenborough urges viewers to go plant-based in order to help fight the climate crisis. “I will never be the same. @DavidAttenborough this film is a handbook for how the human race can come together to stop destroying our round blue home,” Dennings captioned alongside a photo of the film’s poster.

While on a spa retreat in Baden-Baden, a spa town that borders the Black Forest in southwestern Germany, former professional soccer player David Beckham revealed he hadn’t eaten meat in three weeks. “Never done this before but been eating veggie for the past three weeks which hasn’t been easy but actually enjoyable,” he wrote in his Instagram Stories. Here’s to wishing he continues his meat-free diet well into the New Year.

In September, rapper T.I. — whose real name is Clifford Joseph Harris Jr. — once again confirmed he’s ditched meat. In an interview with Men’s Health, he revealed turning 40 made him want to eat healthier. “I stopped eating red meat, stopped eating chicken,” he said. “Actually, I became pescatarian back in 2016. I try to keep it mainly fish, Dover sole, salmon, branzino, red snapper.”

Whether they made the switch for health reasons, to help fight the climate crisis, or to reduce animal suffering — many celebrities spoke out about the benefits of eating plant-based this year.

Natalie Portman deserves her own vegan cooking show. The actor regularly shares delicious-looking plant-based recipes on Instagram, from comfort food staples like buffalo cauliflower wings to healthy kids’ treats and even traditional Israeli dishes. Check out some of her vegan recipes here.

In July, singer-songwriter Finneas O’Connell — who is the brother of pop singer Billie Eilish — also took to Instagram to tell 2.5 million followers: “It’s honestly like so criminally easy to be vegan right now you have no excuse not to.”

In addition to being a seven-time Formula One racing champion, Lewis Hamilton is an avid animal rights advocate. He regularly uses his platform to talk about the benefits of veganism for health, animals, and the planet. On Instagram, Hamilton explained that he wanted to use his platform for good. “If I don’t post this who is going to?” he asked. “Who’s going to care for these animals?” He added: “I’m sorry but I have this platform and I can’t waste it.”

Beatles drummer Ringo Starr turned 80 this year. And the rock icon said his plant-based diet is his secret for “staying young.” Ahead of his birthday on July 7, Starr told the Rolling Stone: “I am a vegetarian, I have broccoli with everything and blueberries every morning. I just do stuff that I feel is good for me.”

Earlier this year, comedian Kevin Hart talked about the benefits of eating plant-based during an episode of podcast The Joe Rogan Experience. “Just because you make the decision to go and try plant-based, doesn’t mean you have to [be engulfed] in that world,” he said. “Learn it, understand it, and see if there are benefits that work for you.”

It’s no secret that Ariana Grande loves animals. With 10 adorable rescue pups of her own, the Grammy Award-winning singer is helping other stray animals find their fur-ever homes. In November, Grande promoted a Los Angeles-based animal rescue named Orange Twins Rescue. “We are so happy, proud and excited,” she wrote on Instagram. “Our site comin soon.”

In December, after a four-year campaign, singer Cher helped free Kaavan — a 35-year-old Asian elephant — from the Islamabad Zoo in Sri Lanka. Known as the “world’s loneliest elephant,” he is now transitioning to a life of freedom at the Cambodian Wildlife Sanctuary.

Actor Leonardo DiCaprio has been an ardent animal rights advocate this year. Earlier this year, DiCaprio helped raise $2 million to protect Virunga National Park’s endangered mountain gorillas. In April, he took to Instagram to call for an end to the illegal wildlife trade. “Your voice matters and together we can show governments that public opinion around this issue is strong,” he said. “This is among the most important decisions that the world community can make today to prevent another pathogen from jumping from animals to humans and spreading around the world.”

From lambasting the dairy industry in his Oscars speech to rescuing baby cows and urging slaughterhouse workers to report abuse,vegan actor Joaquin Phoenix hasn’t let the pandemic stifle his animal activism. “I think we’ve become very disconnected from the natural world,” he said during his speech. “We feel entitled to artificially inseminate a cow and when she gives birth we steal her baby, even though her cries of anguish are unmistakable. And then we take her milk that’s intended for the calf and we put it in our coffee and cereal.”

Actor Mena Suvari teamed up with the Fur Free Alliance and the Humane Society for an anti-fur PSA entitled HIDE. The short film, written and directed by Dustin Brown, features three interconnected stories behind a single fur coat: the trapper who catches the fox, the seamstress who sews the coat, and the shopper (played by Suvari) who buys it.

Suvari’s anti-fur PSA isn’t the only film to come out this year with an animal rights-centric message. 2020 has been *the* year of vegan documentaries, television shows, podcasts, and more. Here are some of our favorites:

There Was a Killing (Shaun Monson)

I am Greta (Nathan Grossman)

Akashinga: The Brave Ones (James Cameron)

All Love With Tabitha Brown