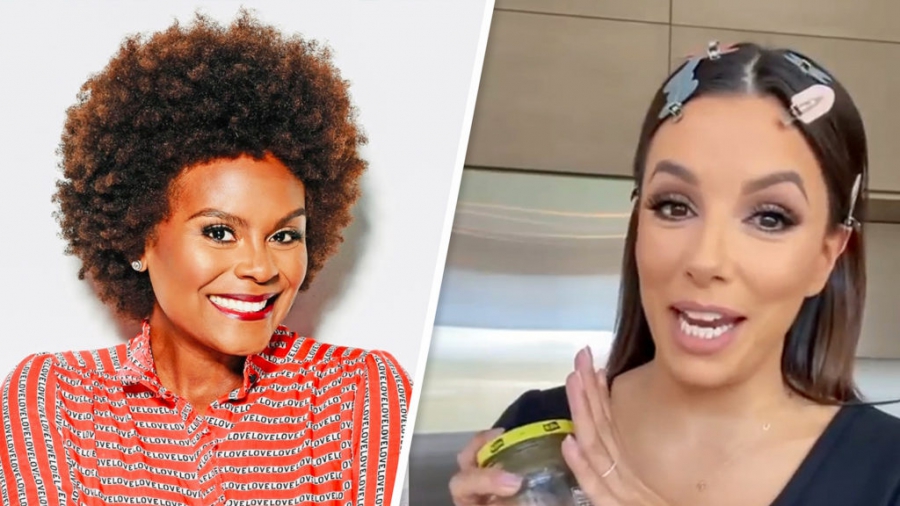 Tabitha Brown has inspired Eva Longoria to give one of her vegan recipes a try! The celebrated vegan chef and social media influencer recently motivated the actress to try out her vegan deviled egg recipe. The Desperate Housewives alum said the plant-based dish “changed” her life.

Longoria took to Instagram on January 24 to share a video of herself whipping up the plant-based snack, which Brown has cleverly dubbed “Saved Eggs.”

“I love deviled eggs and Tabitha Brown has a vegan recipe that uses mushrooms that you put in pickle juice with a garbanzo [bean] filling,” Longoria enthusiastically told her eight million Instagram followers. “They’re not deviled eggs, they’re saved eggs because they found Jesus! They are so good.”

As Longoria explained, she let her mushroom caps marinate in some leftover pickle juice. She even added some jalapeño juice to the mix in order to give the mushrooms a little kick. The Grand Hotel star then blended some garbanzo beans for the filling and added some extra pickle juice to the mixture to keep it from getting too dry.

Per Brown’s recipe, Longoria also added some vegan mayonnaise, mustard, relish fresh dill, and salt to her savory filling. She also threw in some extra garlic salt and onion powder. Lastly, she garnished the “Saved Eggs” with paprika before taking a bite.

The Devious Maids alum added: “This has changed my life. I made these three days ago and I’ve been dreaming about making them again since [then.]”

Brown re-posted the actress’ Instagram video to her own account after she realized that Longoria was a fan of her dish.

She wrote in the caption, “Omg @evalongoria done tried my Saved Eggs too🙌🏿🙌🏿🙌🏿. She added jalapeño juice because that’s her business and she Mexican 😂 Love it!!!”

Though Longoria is not vegan, her infatuation with Brown’s recipe proves that you don’t have to follow a meat-free diet in order to experiment with, and appreciate, plant-based food.

Additionally, Longoria is hardly the first star who’s been seriously impressed with Brown’s vegan creations. In November 2020, the North Carolina native, who gained even more popularity on TikTok last year thanks to her spirited recipe videos, shared some of her holiday recipes with Steve Harvey. The television veteran had adopted a vegan diet a year earlier.

“This is fabulous,” Harvey gushed as he dug into the vegan meatloaf. Brown whipped it up with a meat alternative, vegetables, and a ketchup-based topping. “If this is what vegan meatloaf tastes like … I can eat this.”

Brown’s vegan mac and cheese impressed the talk show host. In fact, Harvey was so dazzled by it that he refused to believe it was plant-based and made without dairy. “This is really good,” he said.

In October 2020, Brown even helped Laverne Cox overcome her fear of cooking. She walked the Orange is the New Black alum through a vegan recipe for air-fried okra and Beyond Sausage. Cox, who was vegan for a brief period of time in 2017, was as impressed with the food as she was with her own culinary prowess.

“I still can’t believe I actually cooked in my kitchen,” she said at the time. “It actually felt really good. I think I’ve set up this story around cooking being laborious and being like not fun and I was completely wrong. This was a lot of fun.”

Another one of Brown’s celebrity fans is none other than Ellen DeGeneres. The star was vegan for about eight years before she confirmed in 2018 that her diet now includes eggs and fish. The television personality’s Ellen Digital Network partnered with Brown in June 2020 to create a show called “All Love.” It features Brown giving advice on things like vegan cooking, parenting, social media, and self-care.

Samantha Leffler is an NYC-based writer and editor who writes about food, health, and entertainment. She was previously the Food Editor at Us Weekly. Her work has appeared in BuzzFeed, MarthaStewart.com, FoodNetwork.com, Cosmopolitan, The Hollywood Reporter, and other outlets. 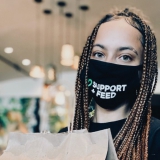 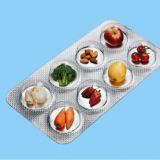