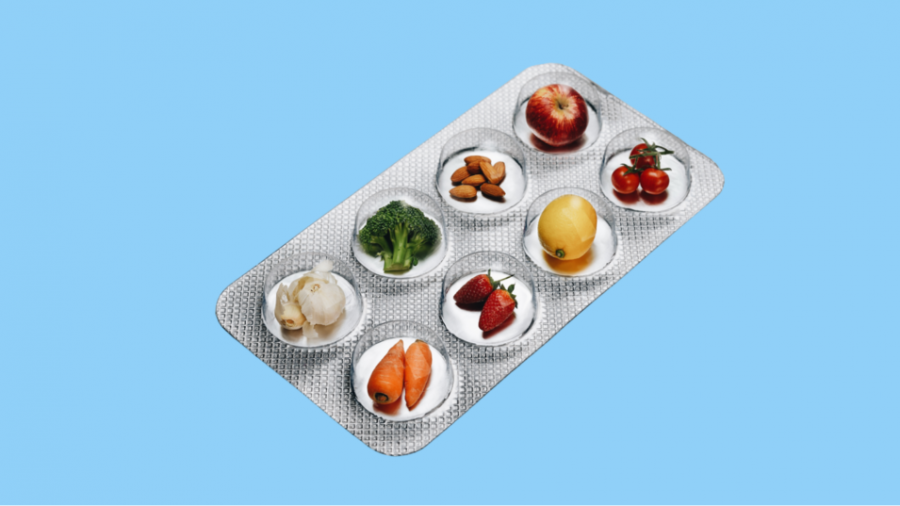 A UK company has developed a food waste solution that involves making protein-rich powder for supplements from surplus fruits and vegetables.

A new food waste solution is on the horizon thanks to a company that’s making protein-rich powders from excess fruits and vegetables that would otherwise be thrown out.

The company, UK-based Nutrapharma, has developed a powder with an especially high protein content that can be used in supplements with what it is referring to as “farm to capsule traceability.”

What’s more? Some preliminary samples of Nutrapharma’s protein powders have boasted higher levels of protein than traditional whey protein powders, which suggest that this product has the potential to be a game changer for both the food waste space and the growing supplements market.

Since demand for plant-based protein is on the rise, Nutrapharma believes its protein-packed products, which are currently being developed, could have a profound impact on sports nutrition and dietary supplements while also finding a partial solution to the world’s troubling food waste problem.

The idea to create a protein-rich powder that can be used in saleable supplements from extra produce came from Nutrapharma chief executive Dr. Eric Hilton.

Hilton lives in Lincolnshire — a county in England that produces approximately one-eighth of the UK’s food, including barley, sugar beets, and cabbages — and he was inspired to take action after observing just a portion of the sheer amount of waste generated by the food industry.

“Finding commercial uses for discarded side streams has the potential to improve resource efficiency and create new high value products,” Hilton told NutraIngredients. “Yet when I looked into this, I found that nothing was being done about it.”

Per a 2018 report from the Joint Research Centre for the EU commission, farmers within the European Union produce 956 million tonnes of dry matter per year, and only 54 percent of that is used for food.

The U.S. is no better. According to the World Food Program, roughly 30 to 40 percent of the food supply in America is wasted, which works out to more than 20 pounds of food per person per month.

On a worldwide scale, the food waste figures are even more staggering. The organization reports that approximately $1 trillion of food is lost or wasted every year — accounting for about one-third of the world’s food.

Hilton took action and established a pilot study with some Scottish farmers that was designed to find new purposes for the often discarded fruit and vegetable surplus.

Nutrapharma used a novel drying process with milling techniques that resulted in a “palatable powdered concentrate with a high nutritional value,” according to Food Navigator.

“We carried out some preliminary analysis and have been amazed by the results – some of the samples have a higher protein content than commercially available whey proteins,” Hilton noted.

Additionally, Hilton believes this “farm to capsule” product has the potential to be more appealing to consumers because it is made entirely of plant-based substances and contains no questionable ingredients.

By contrast, it’s not uncommon for whey (and other) protein powders to include added sugars, artificial flavoring, and more. In fact, a nonprofit group called the Clean Label Project released a report about toxins in protein powders in 2018.

Researchers screened 134 products for 130 types of toxins and found that many protein powders contained heavy metals (like lead, arsenic, cadmium, and mercury), bisphenol-A (BPA, which is used to make plastic), pesticides, or other contaminants with links to cancer and other health conditions. Some toxins were even present in significant quantities.

Thanks to Nutrapharma’s promising early results, the company has been awarded a grant from the UK SPRINT so it can carry out a complete analysis of its powders and hopefully bring them to the masses. Hilton says he’s confident Nutrapharma will have a market-ready product by April.

Though it’s not exactly clear how much food waste Nutrapharma’s protein-rich powder might be able to prevent, the fact that the company has seemingly found a useful way to repurpose this waste while also making a commonly used product much healthier is very promising.

In recent years, some companies and individuals have gotten increasingly creative with their food waste solutions.

According to the World Economic Forum, it saved around 2,000 tonnes of food waste in one year. Similarly, Australian beverage brand Aqua Botanical recently found a way to “harvest” the naturally occurring water found in fruit and vegetables, essentially turning food waste into fresh drinking water.

Samantha Leffler is an NYC-based writer and editor who writes about food, health, and entertainment. She was previously the Food Editor at Us Weekly. Her work has appeared in BuzzFeed, MarthaStewart.com, FoodNetwork.com, Cosmopolitan, The Hollywood Reporter, and other outlets.