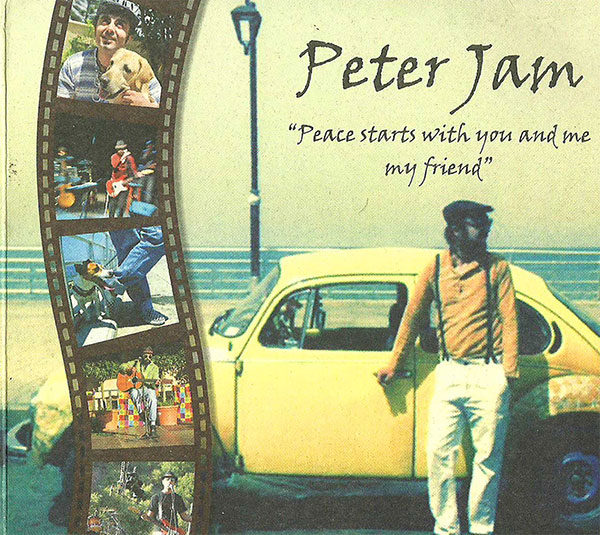 Peace Starts with You and Me:

A Man’s Quest for Peace across the Globe

Peter Jam, musician and world ambassador for peace, discusses his activist lifestyle and plays some songs. Veg starter kits, and vegan food samples from Gentle Giant Cafe will be provided.

Peter Jam (Jambazian) is a Lebanese-Armenian independent artist, global rights activist, singer, music composer, creative thinker, motivational speaker and inspirational world traveler, for peace and justice. He was born in the midst of the Lebanese civil war in Beirut.

His passion for music and art appeared in his teenage years. Despite growing up in a modest family during difficult times, he studied and experienced a wide variety of music styles from Oriental Arabic to Armenian traditional, and pop to blues/rock and metal. Peter began by specializing in guitar styles, and continued his studies to become a multi instrumentalist. At a young age Peter became a music teacher and band trainer. Peter Jam is now a musical composer/arranger and has created a unique musical genre which is a mix of alternative and easy listening rock with 60’s and ethnic Armenian sensation. Read more