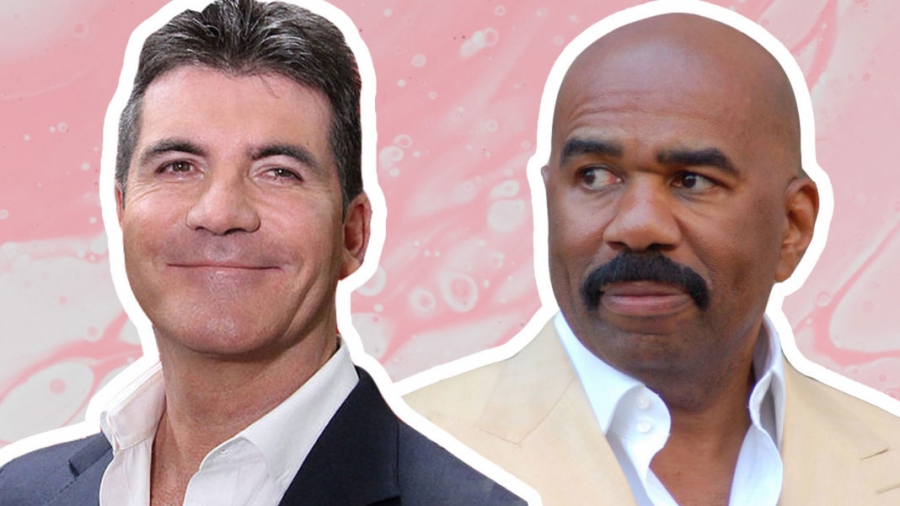 13 celebrities before and after going vegan. Celebrities go vegan and discuss the health benefits of plant-based, including weight loss and improved energy.

These 13 vegan celebrities all went vegan and have since promoted the positive effects of a plant-based diet.

Several of the celebrities included below found that cutting out animal products is an easy way to minimize contribution to both animal cruelty and climate change. Eating vegan can also have a positive effect on a person’s health, and many of the people listed here noticed an immediate change after adopting a plant-based diet.

A growing body of medical studies shows that the health benefits of a plant-based diet far outweigh those of more traditional diets. Eating plant-based foods regularly can be particularly good for your cardiovascular health, and several celebrities have used a vegan diet to combat health issues and aid recovery time.

Findings presented to the American Society for Nutrition last June indicated that a plant-based diet can normalize high blood pressure in less than two weeks. In 2017 Imperial College London conducted a review of several studies on fruit and vegetable consumption.

Adopting a plant-based diet has also been linked to a lower BMI (body mass index) — which is a commonly cited reason for trying to eat more vegan food. However, many experts have pointed out that BMI is not an accurate measurement of health.

Some flexitarians and vegans have also found that a plant-based diet can help with healthy weight loss. While “healthy” looks different for different people — and preoccupation with BMI is not necessarily synonymous with good health — studies have shown that those trying to lose weight could be able to achieve their goals through a high-carb vegan diet. Several celebrities have used this kind of diet to help shed weight and to build up muscle, stamina, and fitness.

According to a study published in the journal Nutrients last year, a 16-week clinical trial revealed that a high-carb vegan diet resulted in lower BMI, weight, fat, and insulin resistance. The vegan diet emphasized whole, plant-based sources of complex carbs like fruits, vegetables, whole grains, and legumes. Increasing the intake of complex carbs instead of animal protein had a pronounced and positive effect.

While many people often first go vegan for health reasons, in learning more about animal agriculture’s effect on the environment — and animals themselves — many also begin to advocate for other aspects of the diet along with other social justice issues. These vegan celebrities are no exception. In fact, they’re leading the trend.

Filmmaker Kevin Smith went vegan after experiencing a major heart attack in 2018. Smith  addressed this on Facebook, where he thanked his family and said, “maybe it’s time to go vegan.”
Since then Smith has been very vocal about the health benefits of a vegan diet, which first prompted his transition. Smith has also commented on other positive aspects of going meat-free and has spoken about animal rights and welfare.

He appeared with his vegan daughter Harley-Quinn Smith in a promotional video for Farm Sanctuary last November. Earlier this year they also presented animal rights activist Lindsay Oliver with the Hidden Heroes Award at the Mercy for Animals 20th Anniversary Gala.

Actor and animal advocate Evanna Lynch is a Veganuary Ambassador and even has her own vegan podcast called The Chickpeeps. Lynch has been vegetarian since the age of 11, and gradually went vegan by adding more plant-based ingredients to her food.

The Harry Potter star first went vegan in 2015. According to Veganuary, her decision was based on compassion. She said in a statement, “It was just the right path for me. I felt like as soon as I went vegan, I was more myself, like I was just living according to what I believed, which is such a freeing thing when you finally commit to it.”

“I strongly believe in non-violence, that we shouldn’t be hurting other people or creatures,” said Lynch.

The Black Eyed Peas frontman Will.i.am has also enjoyed multiple health improvements after moving to a vegan diet. He spoke to Arianna Huffington about it in an episode of  The Thrive Global Podcast.

“I switched my regimen, went plant-based and it changed my life. I lost 20 lbs. My cholesterol came down, my high blood pressure came down. My stress levels came down naturally. I have more energy,” said Will.i.am.

“It changed my life, and I would encourage everybody to have a plant-based regimen,” Will.i.am added. “You don’t need the meat, you don’t need to have decaying flesh in your body. The more I think about it I was like, ‘Ew.’ I was just, I had death in me.”

Ariana Grande adopted a plant-based diet in 2014 and has been a vocal animal rights advocate since.

Grande was named Billboard’s “2018 Woman of the Year” – in part due to her dedication to social justice. The musician has ten rescue dogs and a pet pig named Piggy Smallz, who sometimes features on Grande’s social media.

Grande told The Mirror: “I love animals more than I love most people, not kidding. But I am a firm believer in eating a full plant-based, whole food diet that can expand your life length and make you an all-round happier person.”

The former “American Idol” host and music mogul Simon Cowell is now plant-based. Cowell switched to a vegan diet in April, ahead of his 60th birthday.

“It has helped me sleep and I wake up feeling less tired. I noticed a massive difference in how I felt in about a week,” he told the Sun. “I have more energy and focus and it wasn’t difficult.”

“Within 24 hours I changed my diet and I’ve not looked back since,” Cowell said in a recent interview with the Sun. “You feel better, you look better.”

Five-time World Champion Formula-1 racer Lewis Hamilton adopted a plant-based diet for his health but is now increasingly concerned with animal rights issues and the ethics of meat. Hamilton first announced his veganism on Snapchat, saying:

“Going to watch What the Health Tonight. I’m on a mission to go vegan, people. Animal cruelty, global warming, and our personal health is at stake.”

“I have plenty of protein in my diet and I’ve gained muscle, and I’m healthier and happier than I’ve ever been. Wish I did it sooner,” he said.

Animal advocate and musician Miley Cyrus has been vegan since 2014. The celebrity frequently discusses her diet and received the Best Voice 4 Animals award from PETA in 2017.

On Instagram, Cyrus thanked PETA for the award and said: “I am very certain that veganism is taking over and stoked to see so many brands jumpin on this revolution!”

Cyrus has collaborated with fashion designers to create her own vegan-friendly clothing, including Converse. Since going vegan, Cyrus often Tweets her support for the vegan movement and is particularly vocal about speciesism and animal rights.

“The Office” and “Brooklyn Nine Nine” star Craig Robinson gave up meat in January 2016 and said that animal-based foods had started to make him feel unhealthy. After moving to a plant-based diet and ditching alcohol Robinson lost 50 pounds.

“[I’m] working out and I’ve been trying this vegan lifestyle too. It’s amazing,” Robinson told talk show host Harry Connick Jr. “It’s much easier than I thought it would be.”

“I just wanted to push away from meat and stuff for a little while,” said Robinson. He added that he had “heard you can regenerate your liver in six months. I was like let me see if I can go six months and I just haven’t gone back.”

Actor Mena Suvari adopted a plant-based diet in early 2018 after watching the 2017 documentary “What the Health.”

“I believe it was not only seeing footage of what happens within our world towards animals, but also the way that the documentary clearly explained the health aspect of veganism,” Suvari told LIVEKINDLY. “It all just instantly clicked for me and I went plant-based overnight.”

Suvari has worked on an anti-vivisection PSA with Last Chance for Animals and since going vegan overhauled her entire wardrobe. She donated all her animal-based clothes and started over.

Musician and entrepreneur Beyoncé has credited a vegan diet for her now-legendary Coachella performance in 2018.

In preparation for the performance Beyoncé and her performers adhered to grueling 11-hour rehearsals, which were powered by nutritious and plant-based foods.

Beyoncé’s personal chef prepared six daily meals to fuel the intense training regime, and Queen B shared three consecutive posts to her 112 million followers encouraging them to explore plant-based meals: “Vegan Time!! Click the link in my bio to join me!”

Actor Zac Efron has experimented with a vegan diet and has even credited his toned physique to plant-based food. Efron announced his veganism in an interview with Teen Vogue last year.

In February Efron ate dairy-free ice cream while recovering from knee surgery, and kept up with his vegan diet while on an off-grid camping trip with his friends.

TV host Steve Harvey enjoyed multiple health improvements after adopting a vegan diet. On an episode of his NBC talk show “Steve,” Harvey discussed the high rate of heart disease in the United States and how a plant-based diet can help.

“Let me tell you something. I’ve been doing this since January 4, I got to tell you, I do feel a lot better,” said Harvey in March.

Kim Kardashian has recently said she is following a plant-based diet.

The “Keeping Up With the Kardashians” star regularly shares pictures of vegan food on her Instagram, recently including plant-based sausages and mung bean-based JUST egg. Kardashian has also revealed that her wardrobe is now 100 percent fur-free, perhaps inspired by friend and fellow vegan celebrity Pamela Anderson.

Written by: Liam Pritchett STAFF WRITER | BRISTOL, UNITED KINGDOM | CONTACTABLE VIA: [email protected] Liam writes about environmental and social sustainability, and the protection of animals. He has a BA Hons in English Literature and Film and also writes for Sustainable Business Magazine. Liam is interested in intersectional politics and DIY music.